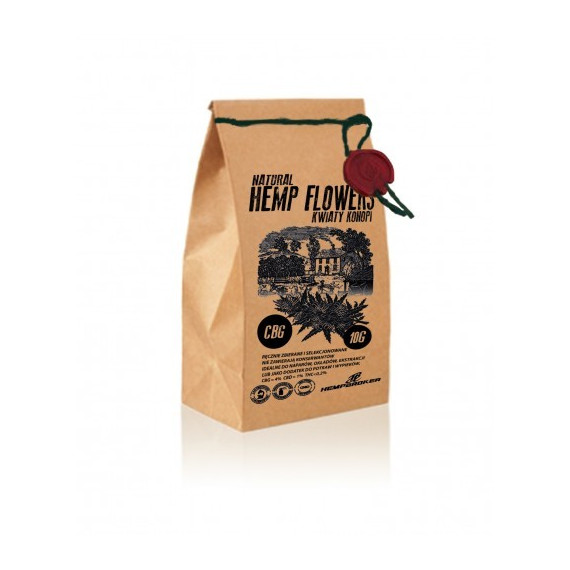 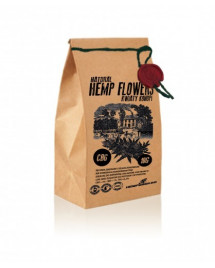 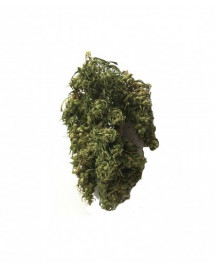 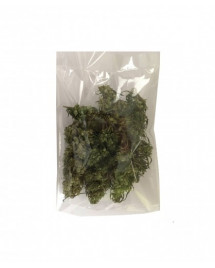 redeem
By buying this product you can collect up to 2 loyalty points . Your cart will contain total 2 points that can be converted into a voucher of zł1.00 .

Dried hemp flowers rich in medicinal CBG and CBD.
Dried extracted from legal varieties of hemp authorized for cultivation and sale in the EU.
Grown in a pure organic area.
Hand-picked, selected and trimmed.
Dried hemp flowers are ideal, for example, for infusions,
poultices, extraction, vaporization or as a great addition to dishes and baked goods.
Dried in light-free packaging,
which prevents loss of quality, color and aroma.

Product, having the necessary tests.
Approved for sale in the EU.

CBG (cannabigerol) is a cannabinoid that has no psychoactive effects. It is present in small amounts (usually less than 1%) in most strains of cannabis. CBG is the parent compound of THC and CBD.

The endocannabinoid system helps maintain a balanced state of homeostasis in the human body and CBG has a positive effect on this system. Studies of the medical properties of this compound are yielding very promising results. Here are the main findings:

- enhances the effects of CBD (cannabidiol)

- endocannabinoid receptors are found in the structure of the eye; CBG is effective in the treatment of glaucoma, as it reduces intraocular pressure, in addition, it is a potent vasodilator and has neuroprotective effects;

- in animal experiments involving mice, CBG was found to be effective in reducing inflammation, which is characteristic of inflammatory bowel disease;

- according to a 2015 study, CBG protects the neurons of mice with Huntington's disease, which is characterized by the degeneration of nerve cells in the brain;

- CBG shows promise in the fight against cancer cells; this is because the compound blocks receptors that cause cancer cells to grow; the study was conducted on mice - in the course of the study, CBG was shown to inhibit the growth of colon and rectal cancer cells in these animals; such results give hope that colon cancer can be cured;

- European studies show that CBG is an effective antimicrobial agent that is particularly effective against drug-resistant strains;

- in a 2017 study, researchers showed that a purified form of CBG is an effective appetite stimulant in rats; the compound could therefore be a new treatment for cachexia caused by, among other things, late-stage cancer or other diseases;

- another study found that CBG can effectively prevent bladder dysfunction.

Scientists hope that more studies will be conducted on CBG (also in combination with other cannabinoids). After all, the compound can be used effectively in the treatment of many diseases. Its advantage is that it is not psychotropic, thus increasing its field of application. CBG can also be a painkiller, a preparation to help treat psoriasis and used as an antidepressant. 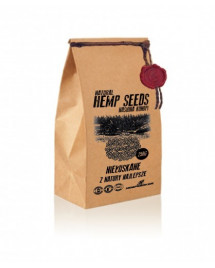 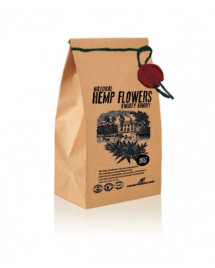 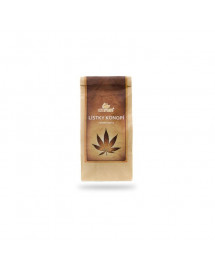 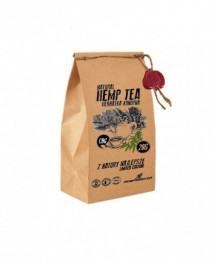